Here are some photos from my thesis reception at Carroll Gallery at Tulane University in New Orleans. Thanks everyone for coming out! 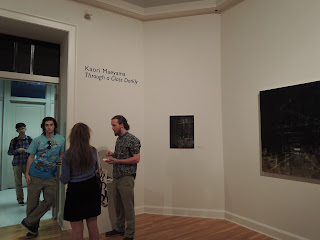 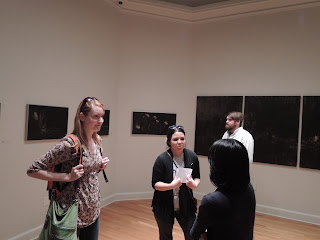 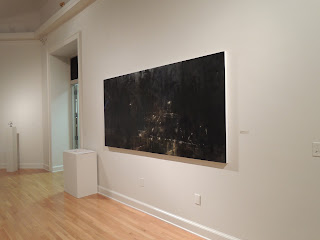 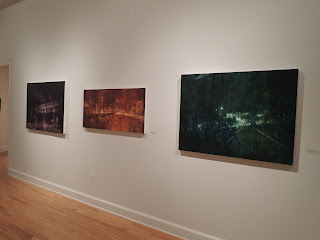 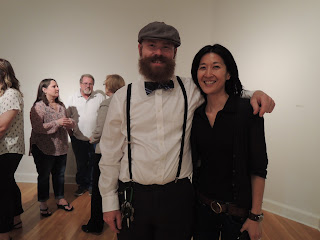 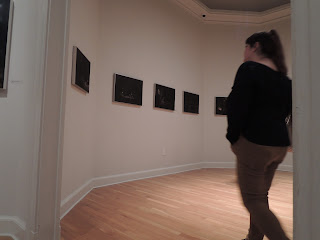 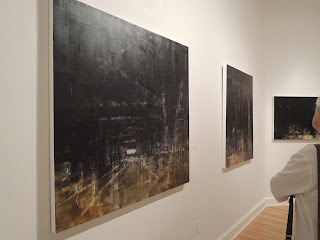 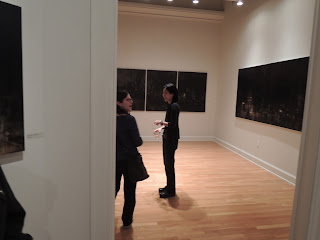 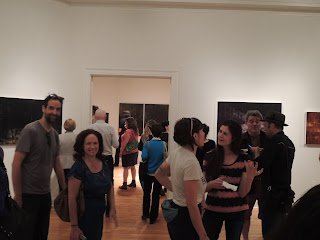 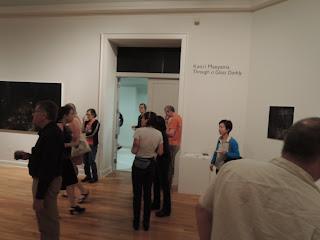 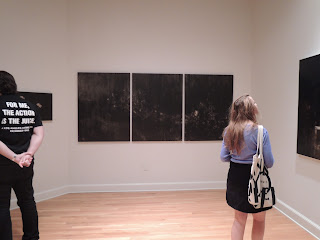 The show was titled Through a Glass Darkly. Since I had primarily been a plein air painter before starting grad school at Tulane, I wanted to address the use of photographs in my new painting process.  Below is an excerpt of my artist statement for this show:


The title of the exhibition, Through a Glass Darkly, refers to the use of a camera lens that first captured these images as reference photographs before human hands abstracted them into paintings. Another layer of glass (the windshield of a moving vehicle) further influenced the paintings in the passenger series. The hazy landmarks and suggested details fall into the darkness, or they are just an illusion all along. Imaginary fog, smoke, and smudges on the windshield indistinguishably meld together on the painted surface. The vertical marks made by printmaking brayers resemble pixelated digital images, in addition to a driving rain on the windshield. The ambiguity of blurred forms invites active looking, imaginative interpretations, and contextual guesswork by the viewers based on their memories.

Another reference is made to Ingmar Bergman’s 1961 film of the same title that the filmmaker adopted from a biblical phrase. The expression is used to explain having the “obscure or imperfect vision of reality,” and that “we do not now see clearly, but at the end of time, we will do so.”[1] The paintings may seem bleak or out of focus, but in each image there is light at the end of the dark tunnel. Using the New Orleans nightscapes as the subject matter, these paintings express the sense of unease, as well as fear and excitement by what may lie ahead.

Posted by kaorinola at 6:50 PM No comments: