There is a song called Bourbon Street Parade - it's a second line staple in New Orleans. Although official parades rarely go down on Lower Garden portion of Magazine Street (except for the huge St. Pat's Day parades), there are quite a few small parades every once in a while.

I was painting in my old 'hood in Lower Garden District, on Magazine at Euterpe, with my teacher Phil on a Friday morning. At about 10:30, I noticed a bunch of people gathering around in small groups along Magazine St. just standing and waiting. One woman parked her gigantic SUV right next to where I was painting, idling her car, for half an hour. She was texting the whole time, and looked like someone who never had to be a foot away from an idling SUV in 90 degree heat for half an hour in her entire life. And suddenly she shut off the engine, got out, and walked away, leaving her SUV parked on the corner, right on top of one of those yellow diagonal lines indicating "you shall not park here. it is a corner."

Then a parade came down the street. It was a last-day-of-school parade from the International School. Everyone was dressed up in pseudo-traditional outfit representing different countries that they recently studied about.  They teach all subjects in French and Spanish, but the first country represented in the parade was... Japon! 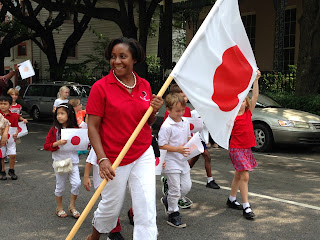 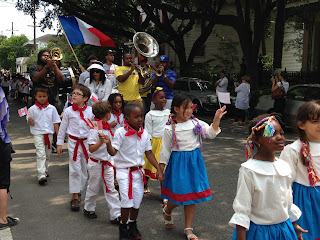 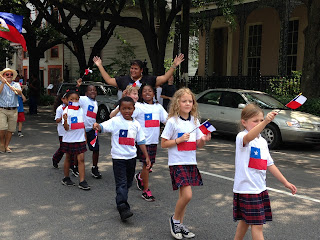 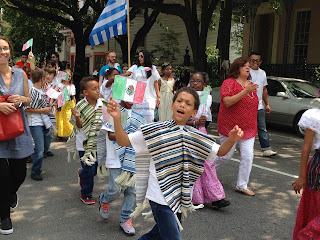 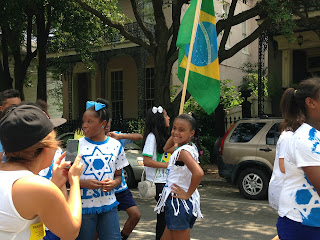 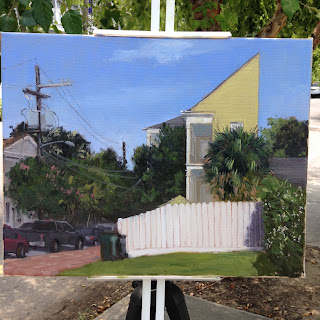 I had to finish up in a hurry and forgot to put balcony railings. Oh well.

Posted by kaorinola at 9:10 AM No comments: